We're excited to introduce one of the essential metrics for engineering organizations - Cycle Time! In essence, Cycle Time indicates how fast does code go from a developer's workstation to production. Studies show that measuring and improving the Cycle Time will enable organizations to innovate at a faster pace, while also improving their teams’ morale and sense of ownership. 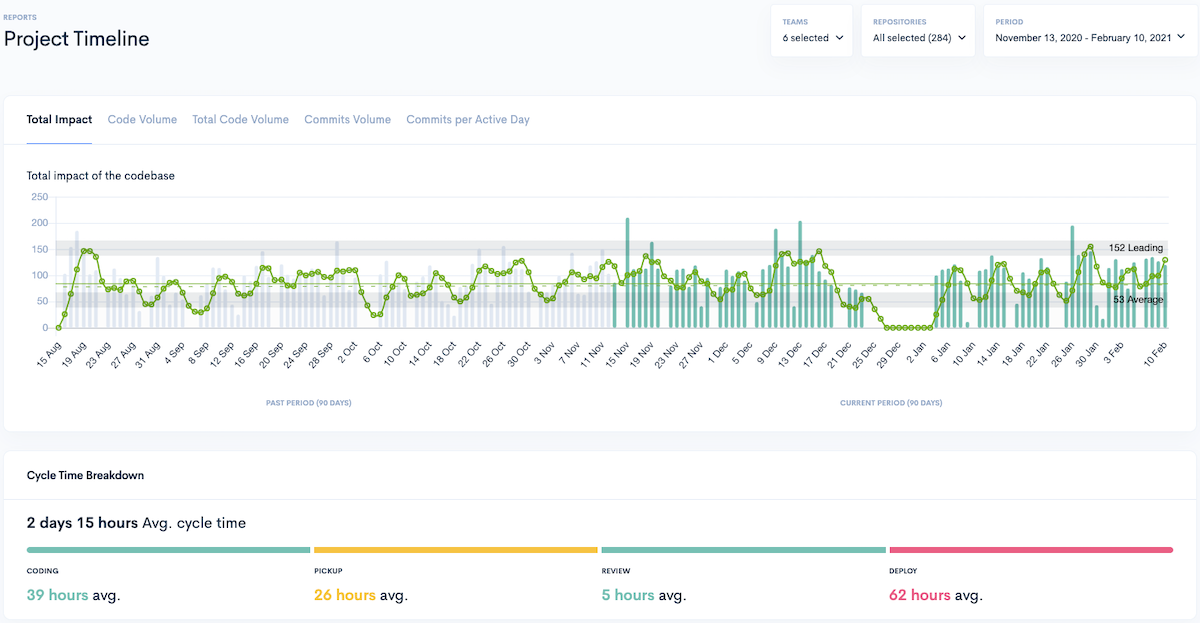 What does each color indicate?